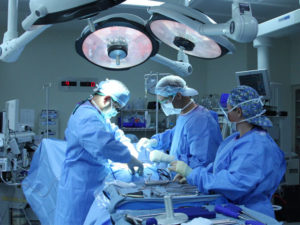 This potential random and controlled study was carried out. Following approval by the Research / Ethics Committee and informed written consent from all patients, 60 adult patients of both sexes with Anaesthesiologists class II physical status, aged 18–60 years, with a BMI of five surgeries. Optional 35 kg at least and included in this study was required endotracheal intubation. EGRI was used for airway assessment. The inclusion criteria are as follows: any obese patients (BMI≥35 kg / m2) with 4 EGRI were included in the study, irrespective of the surgical operation. The exclusion criteria were as follows: patients have a higher risk of pulmonary purpose; have significant medical conditions in terms of cardiac, respiratory, hepatic, renal, etc .; there is cervical spine pathology; have upper airway pathology; and refused to give consent.

The patients were randomly assigned into two groups (30 patients each) per randomized computer generated technique. Group included FOB patients who were undergoing awake exploration using the FOB flexible. VL groups included patients who were undergoing awake exploration using a C-MAC VL D blade. Prioritization was used for all patients and included the following: atropine: 0.5 mg intramuscularly 30 minutes before manipulation airway and midazolam 1 mg intravenous and fentanyl 30 μg intravenously before the airway procedure, but after the expressway. 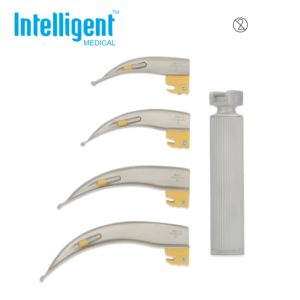 The same anesthetic protocol was applied to all patients: the patient was prepared in the induction room, and the procedure for the patient was explained. 10% Lignocaine pump spray (all metering d fog puphs were supplying 0.1 ml, containing 10 mg lignocaine) by applying two puffs to tonsillar columns and to the hind of the throat; patients were asked to detain the medication after puffing, and then the saturated gauge operator sprayed the patients by 10% lignocaine pump and asked them to keep it in the mouth until they were removed upper route for all patients in both groups. The lignocaine dose used did not exceed the maximum dose (3 mg / kg body weight of follow-up patients). The adequacy of the oropharyngeal analgesia was assessed when the patient took a Guedel airway to be placed in their mouth or to introduce a blade of laryngoscope after the lidocaine application. When the patient accepted a blade of laryngoscope and found a good view of the glottis, two trees of 10% lignocaine pump spray were given on the deep opening to anesthetise the vocal cords, and then the patient was transferred to operating room. In an operating room, standard and emergency airway equipment was retained on standby and was available. The patient’s posting was achieved by placing multi-fold blankets under the upper body, neck and head of the patient until the external auditory meat and the eternal slug were aligned horizontally.

The VL group induction procedure was as follows: patients were turned using a C-MAC VL blade. The blade was inserted into the mouth in the center line, over the center of the tongue, and the tip was positioned. The view on the LED monitor was shown until the epiglottis and the vocal cords were seen, and the endotracheal tube (ETT) was then promoted until it saw through the vocal cords (a pre-serum creation was used as a hockey stick to guide the ETT).

The patient’s response was given on the introduction of the ETT as follows: 0 = no cough or gagging, 1 = mild cough or gagging did not impede implantation, 2 = moderate cough and / or gagging that affects minimal with intubation, and 3 heavy cough and / or gagging that interfered with the audit. If gagging or severe cough occurred, two more trees of lidocaine were administered under a direct vision, and reconstructed after 60 sec. Only three induction attempts were allowed for each patient, and if they failed (a taxable attempt was deemed unsuccessful if the VL was removed from the oral cavity due to coughing, gagging, or inability to view the vocal cords), plan B was added using FOB flexible wake.

The induction time is measured from insertion of D-MAC in the mouth until confirmation of the ETT placement by.

Share
Previous Do you need a status report about the electrical installation?
Next How To Stand Out In A Crowded Market